Saturday July 19th was CalSol’s first and last day participating in the Formula Sun Grand Prix 2014 at the Circuit of the Americas. CalSol successfully got Zephyr on the track on Saturday morning. We were able to get a few laps around the track but soon discovered an electrical problem that caused the car to turn itself off after exceeding speeds around 30mph. To provide some context, it was necessary for Zephyr to reliably drive with a speed upwards of 60mph in order for us to take Zephyr on public roads. On the Circuit of the Americas track, one of the very first hurdles was getting past a steep hill before going around the first corner. After a few laps around the track, Zephyr started to cut off its power while climbing the hill. Zephyr at the starting line of FSGP

We discovered that the electrical current limit of one of our systems was set too low, thus triggering a safety feature to shut down the car.  This is an anomaly, as we have been able to take the car to speeds upwards of 50mph. We examined every connector, board, wire, and piece of software that we could get our hands on. We were at a constant hustle to get the car running on the track again—but each time it would stall after ten seconds of acceleration. Members frantically ran to and fro along the track with tools, computers, and debuggers.

This went on for six hours. Unfortunately, by the end of the day we had only completed five laps out of the required forty-eight. Though ASC can grant provisional qualification to teams that have a high potential, CalSol decided to withdraw from the race simply because racing a car with an unreliable electrical system on public highways posed a safety risk for the team.

We are very disappointed. We had come out to Texas to race to Minnesota and our FSGP/ASC2014 experience was cut short.

Without a doubt, forfeiting ASC2014 was one of the team’s lowest and the most humbling moments. We learned that the importance of extensive testing wasn’t just some rookie comment, but rather it was an absolute necessity for any team who wants to ensure a reliable vehicle. We experienced first-hand what it meant to push ourselves even when we thought we could not be pushed any further. And the most encouraging part is, we got to interact with the kind and intelligent solar car community who worked across team affiliations to get every car up and running.

In ASC 2012, CalSol reached a respectable 4th place finish on a simple but well-tested vehicle. After ASC 2012, CalSol went great lengths to build a solar vehicle with the most efficient aerodynamics and solar cells, lightest body and chassis, and the most advanced manufacturing techniques that the team had ever undertaken. Despite the measures taken to create the most advanced solar car, we fell short in producing a reliable vehicle.

Like every car, Zephyr succeeded in some aspects and failed in others.

Before packing up, there was one more thing we were able to do in order to help the solar car community. Polytechnique Montréal turned sharply on a tight corner on the track and snapped one of their car’s two Mitsuba motors. The team ingeniously found a way to power the car with a single motor in mere hours, and conditionally qualified for ASC2014. However, being short one motor without a spare was not a comfortable situation for the Montréal team. Since CalSol’s Zephyr uses the same equipment, we let Montréal borrow two Mitsuba motors for the race.

In 2003, CalSol had motor issues and ended up racing with University of Kentucky’s motor. This week we were able to pay that kindness forward. I like to call it solar car karma. Even though we will not be able to race, we are still honored to participate in such an amazing community. We hope that our competitors are able to reach their fullest potential. With a great deal of dedication, perseverance, and solar car karma, we are making great progress in solar car innovation. We are using this experience as a stepping-stone for accelerated progress with Zephyr. We’ve identified key issues with over-eager safety systems and are developing a better testing strategy. The best days of this car have yet to be seen, and we are excited to see where we go next. 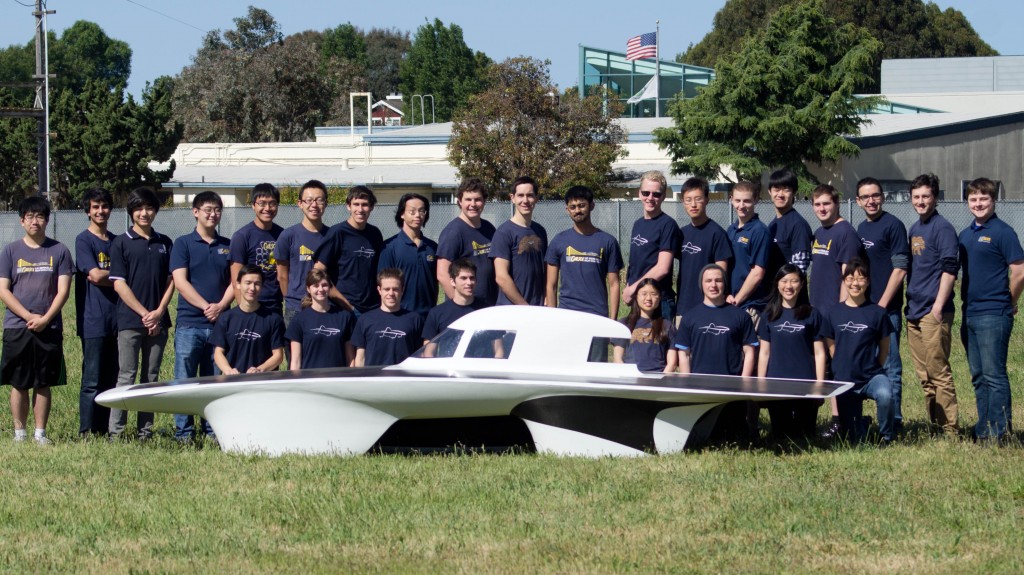 Thank you GM for providing us with two Yukons for the race! While Zephyr will not make the trip up to Minnesota, several team members will travel with other teams up north to partake in the ASC 2014 racing experience.